Verdecielo Ediciones, S.A. was founded in the city of Barcelona, Spain and started production in 2005. A branch was founded in Panama City, Panama in 2007, which became the only company headquarters a year later. It has published well established authors from the start.

The authors’ places of birth (the West Indies, continental China among others), including their vision, are perceived to be peripheral to the literary canon; what they share among them, is a fractious attitude toward racial and social prejudice, against iniquities that submit human beings to marginalization and poverty, particularly women in developing societies or under totalitarian regimes. Their sophisticated imagination, their mastery and care of the language are equally outstanding. Verdecielo has translated most of them into Spanish for the first time, with high quality standards.

The house made a pause in production between 2012 and 2018; its founders were involved in academic research projects during those years. Production was resumed in 2019 to launch a new collection of non-fiction, as well as a first e-book: the digital version of SENTIMIENTOS VIOLENTOS: ¿CÓMO MANEJARLOS?

Verdecielo Ediciones is now located in Boquete, a village in the Panamanian highlands where the literary, plastic and performing arts are cultivated and prized Panamanian coffee is grown too.

We wish to make a contribution to the development of adults and young readers’ critical thinking; to disseminate the works of brave authors, little known or scarcely read in Spanish; to rescue and position reading as a fundamental part of civility and the flourishing of culture.

Verdecielo Ediciones is an independent publishing house. We do not receive non-solicited manuscripts, nor carry out any projects outside of our agenda.

The publishing house’s logo represents the leaf of a fern about to open and release its spores. The creative and dissemination processes of our books, are similar to the life cycle of this plant: they germinate and travel through the exchange of ideas, aspiring to elevate the reader to a sublime experience. 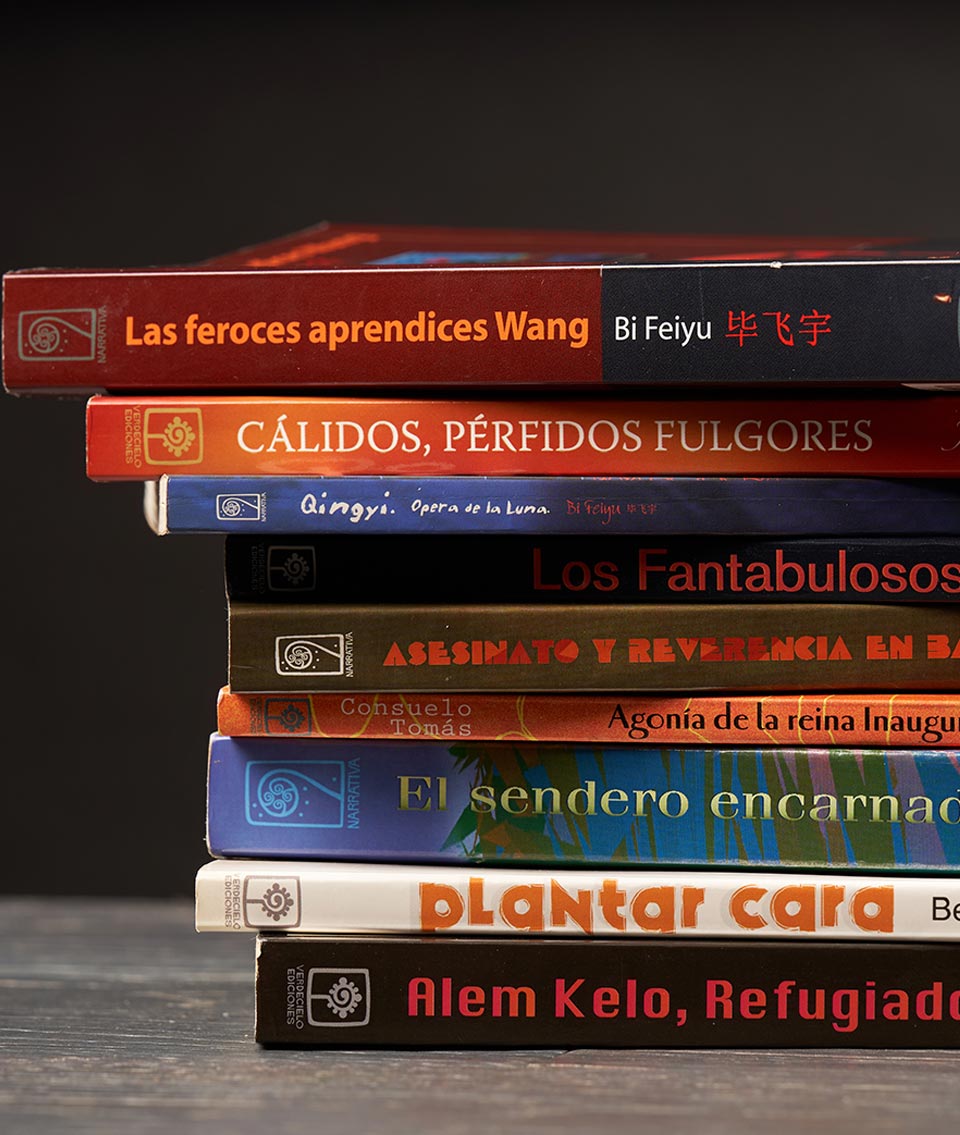 Please reach us directly for information regarding locations, they vary according to each title. Please contact us for terms and conditions regarding international shipping. We sell to schools, universities and other institutions in the Republic of Panama through purchase orders since 2008.